Pixel XL camera review: how it compares to Apple, LG and Samsung 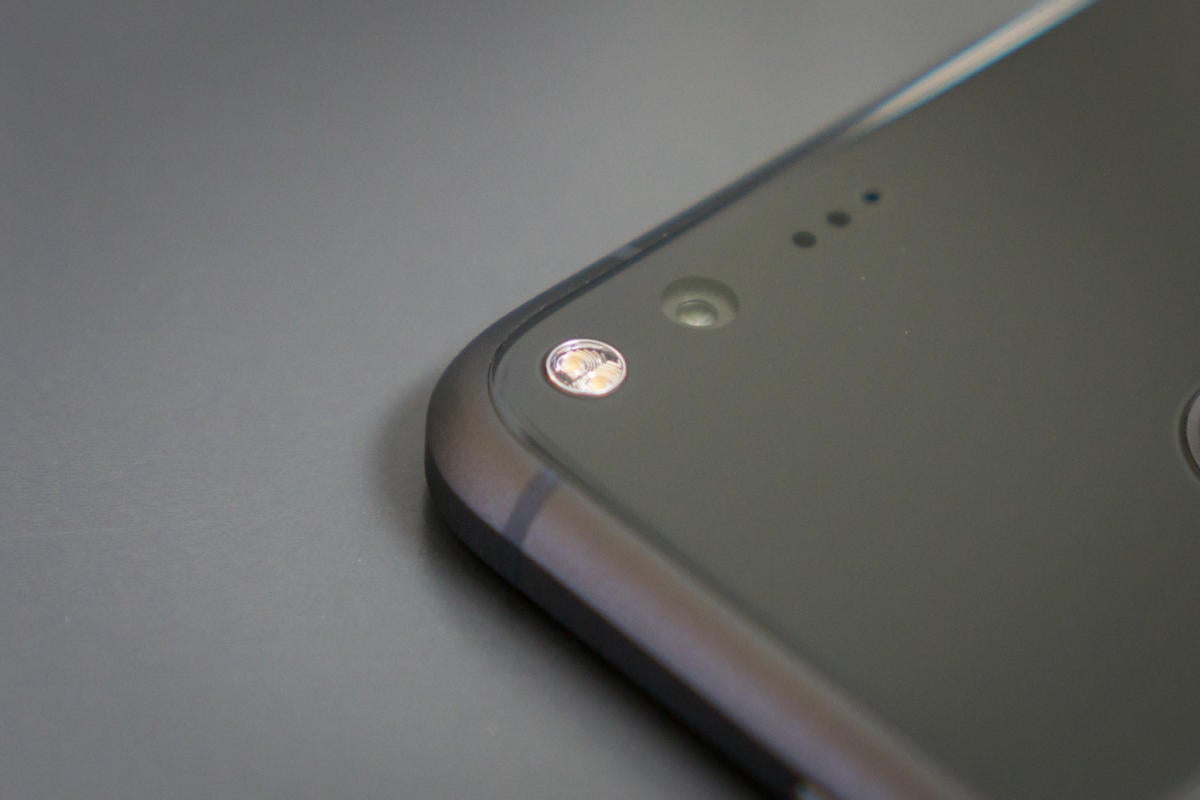 Google has promised that its Pixel phones will pack the best camera of any smartphone. The Pixel’s camera even has a DxOMark rating of 89 to save Google’s request. So, now that we have the Pixel XL in hand, we’re testing it against the best smartphone cameras on the market: the iPhone 7 Plus, the Galaxy S7 Edge, and the LG V20.

Our test scenario is admittedly a bit limited. We set up a specific scene with specific lighting and put each phone on a tripod to make sure we got the most apple-to-apple results possible. Camera shake has never been taken into account, and more capable phones may perform differently in real-life scenarios. Nonetheless, we have done our best to level the playing field, and we think our test shots tell a very instructive story.

Make sure to watch the entire video above. It illustrates our test results quite well and explains in more detail the differences we found in the pictures.

Our low-light setup is a desktop scene lit only by lamp light, with bluish simulated moonlight entering through the window.

You can see the Pixel XL grabbed the orange light from the lamp and removed most of the blue tint from the scene. The LG V20 went the other way, balancing the desk lamp in pure white, creating a very blue tone. Overall, the Galaxy S7 Edge delivered the most accurate color, followed by the iPhone 7 Plus.

But let’s take a closer look at the details. Below are 100 percent crops without resizing.

The Pixel XL shows good detail. You can distinguish the words on the camera and the book.

The iPhone 7 Plus is not doing as well. It’s a bit noisy and blurry.

The GS7 Edge can’t quite tackle details as well as the Pixel XL.

The LG V20 is the sharpest and offers the most detail. It should be noted that the V20’s rear camera is 16 megapixel, while the other three are 12 megapixel. We also have to share that we tested a “pre-production” version of the V20, but we’re confident that LG’s camera hardware and software is basically final.

Wrap it up: The V20 offers the best clarity and detail in low light, but also struggles with mixed lighting, giving the photo a very bluish cast. The Pixel comes in second position thanks to its great clarity and definition. Want more details on low light performance? Watch the video attached to this article.

When we took photos of the same scene under bright studio lights, we got somewhat different results. All of the cameras did a much better job under optimal lighting conditions, but there are still some notable differences.

The Pixel XL provided the best combination of precise color cast and saturation. The iPhone 7 Plus is a bit yellow, with slightly desaturated colors. The GS7 Edge is also sort of yellow-green.

Now let’s zoom in and take a look at the texture, detail, and noise. Again, these are 100 percent non-resizing crops.

The Pixel XL does a great job of preserving detail, at the cost of a little more noise. You can clearly see the fuzzy texture of the plush Android, and even the roughness of the painted brick wall. All the blades of grass are well preserved.

The Galaxy S7 Edge goes so far to eliminate noise that it has erased all the details. The plush Android looks almost entirely smooth, just like the brick wall. The silver statue has virtually no relief.

Because these are 100% non-resized crops, the 16-megapixel LG V20 appears to have been enlarged further. It has the second best detail of the bunch, but even with a lower resolution sensor, the Pixel XL does a better job with Android’s fluff and painted brick wall texture.

Again, this is not a complete camera test. We simply looked at the image quality of the photos taken in the studio, with two very specific lighting settings. We have more camera tests coming up and will be looking at both stills in the field and video quality.

It’s also worth noting that the LG V20 and Galaxy S7 Edge have manual camera modes, as well as the ability to take and save RAW images. The Pixel can’t do this without using a third-party camera app. So again, the â€œbest cameraâ€ can vary from scenario to scenario, depending on how you plan to use your phone.

That said, for this test the Pixel provided the best combination of detail, color and dynamic range. Overall, the Pixel retains more detail and more information than other phones. And the LG V20 came in second.

Note: When you buy something after clicking the links in our items, we may earn a small commission. Read our Affiliate Links Policy for more details.