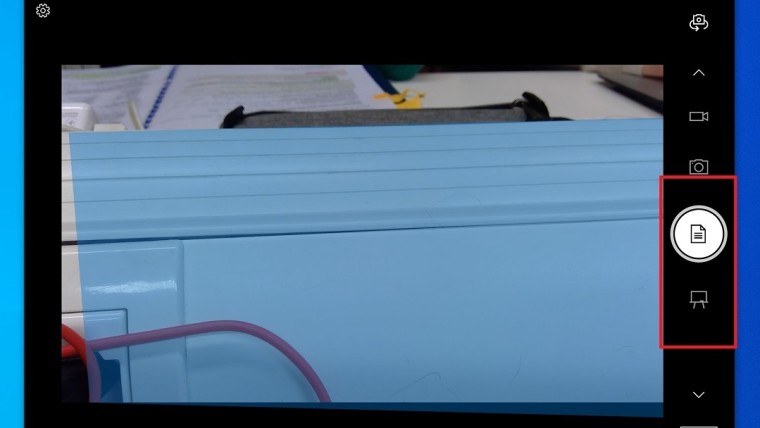 Microsoft is rolling out a new update for the Windows 10 Camera app for Insiders, and surprisingly as it sounds, it actually brings new features. As reported by Aggiornamenti Lumia, the update to version 2019.222.10.0 in the Microsoft Store now includes two new features: document and whiteboard scanning.

As you might have understood, these are borrowed from Microsoft’s Office Lens app, which has also seen its core feature set included in apps like OneNote. With the ability to scan documents and whiteboards, the Camera app will automatically adjust rotation, cropping, and lighting to make text easier to read than it would be in a normal image.

The feature would be available to Insiders in Skip Ahead, but you still might not be able to use them. Despite obtaining the version number mentioned above, the new features are not available on our test devices, even with the experimental features enabled in the app settings. It could be in A / B testing for now, and we’ll have to wait for a larger rollout.

In the meantime, if you’re interested in the new features, you can head over to the Microsoft Store and check for updates to see if you’re one of the lucky few to get the bits. Or you can get the Office Lens app itself to gain additional capabilities.