If you are a consumer, the first thing to know about this smartphone is that it is not the maximum smartphone. It is simply a glorified version of the Redmi Note 9 Pro, where some things work better than others. If you are confused between the Redmi Note 9 Pro and its brother Max, you should just buy the Pro model. There is simply no doubt about it. That’s my opinion actually. However, I see this as an opportunity to look at the Max and wider smartphone market. Also Read – Realme 6 Pro Review: Yet Another Versatile

One of the differences between the Redmi Note 9 Pro Max and its non-Max sibling can be seen in the camera system. Xiaomi has replaced the main camera on the back and the selfie camera on the front. The 48-megapixel Samsung ISOCELL GM2 sensor is replaced by the 64-megapixel Samsung ISOCELL GW1 sensor. The rest of the configuration on the back remains the same. There is an 8 mega-pixel ultra-wide-angle lens with an f / 2.2 aperture and as I mentioned in my review of the Redmi Note 9 Pro, it’s not the best.

This is really good for a standalone ultra-wide-angle camera on a smartphone. But we now expect a lot more from Xiaomi. The third camera in this system is a 5 megapixel macro lens with an f / 2.4 aperture. If the light is adequate, this macro lens can capture images that will go with even high-end flagship smartphones. It captures excellent detail and Xiaomi’s algorithms work better than some other smartphone makers. If you are someone who scavenges bugs on leaves to post them on Instagram, this macro camera will not disappoint. 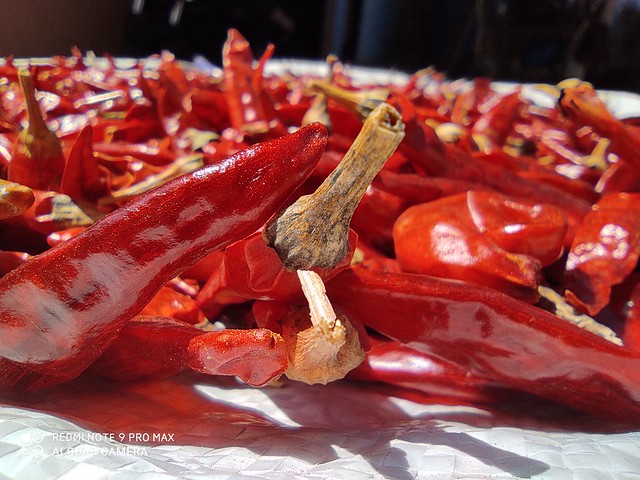 Last but not least is a 2-megapixel depth sensor that facilitates portrait mode. It’s the same as what we’ve seen before from Xiaomi in the entry-level segment. This year, the improvement is happening behind the scenes. The image signal processor and algorithms are capable of almost precise edge detection. There is also a new tip this year that allows you to take photos with black borders at the top and bottom, i.e. an anamorphic look. It’s such a good tip that I’m surprised no one else thought about it before Xiaomi. Full points for a creative photography experience.

That said, let’s talk about the 64-megapixel main camera on the back of this device. This is the sensor that has become common on smartphones at the moment. Xiaomi, Realme, Oppo, Vivo and even Samsung’s mobile division have flocked to this sensor. My personal opinion is that this sensor is all hype and little substance. It’s a bigger sensor than the 48-megapixel ISOCELL GM2 but at f / 1.9 it’s narrower. It tends to oversaturate colors and if an OEM is unable to adjust, the output would be less than ideal. This load situation is very similar to what we find in the Apple worm. There is an iPhone 11 which comes with a 5W charger in the box and then there is an iPhone 11 Pro, which comes with an 18W charger. If you want to spend little time charging your phone, then Redmi Note 9 Pro Max is the one to buy. However, the performance of the battery itself is the same for both devices. The smartphone, during this lockdown, was a two-day device for me. The standby time of this battery is excellent and since it doesn’t charge at fast speeds, it doesn’t discharge very quickly either. For most people, I think the Redmi Note 9 Pro Max will be a day and a half smartphone. However, if you are a casual user, you can easily extend it by half a day. We’re still not at that place where you can leave the charger behind and not worry about charging for several days. By packing the biggest battery on any Redmi smartphone to date and topping it with a decently fast charger, Xiaomi has created a really good package here. It’s also a sign of how two devices might differ in the future. These are the main differences between the Redmi Note 9 Pro Max and the Redmi Note 9 Pro. It’s simple for me that Redmi Note 9 Pro has a great main camera on the back while the Max has fast charging which is very fast. These two devices are on a level playing field when you look at other aspects. Both feature the Aura Balance design. This design is a sign of how a consumer electronics brand is expected to evolve. You start small, then grow up and then move into the lifestyle. The Redmi Note 9 Pro series has a well-crafted design and becomes part of your life instantly.

Unfortunately, we got the Interstellar Black variant with review units from both models. I like the white variant which is as classic as in this market. With the design of the Redmi Note 9 Pro series, Xiaomi shows its maturity as a manufacturer of smartphones. Before the lockdown, the person I showed the Redmi Note 9 Pro told me that this design does not look like smartphones priced under Rs 20,000. The glass back, the punched-out selfie camera and the The robotic face of the rear camera module demonstrates authority and class in terms of design. A minor design change being the 64MP mark instead of the 48MP on the rear. Obvious, right. Performance is another area where Redmi Note 9 Pro Max does very well. To call it quickly would be an understatement since the Snapdragon 720G mobile platform works like the Snapdragon 730. You can play PUBG Mobile at the highest setting and the same goes for games like Call of Duty or Asphalt 9: Airborne. . This shouldn’t be surprising since it was also the case for Redmi Note 9 Pro. Xiaomi has also refined MIUI 11 to streamline multitasking on the device.

He was able to keep a few apps in memory, including Google Analytics, which is very resource intensive. One area where I find the Snapdragon 700 series struggling compared to the Snapdragon 800 series is word processing. I have a Google Docs file with some 500 pages of text and images. It becomes my default way of looking at scrolling and refreshing content. On Redmi Note 9 Pro Max it was slower and it was also true for Poco X2. To sum up, the Redmi Note 9 Pro Max offers adequate performance in this performance and you will not be disappointed.

Finally, the Redmi Note 9 Pro Max has a 6.67-inch Full HD + IPS LCD display with a resolution of 2400 x 1080 pixels and a 20: 9 aspect ratio. This screen is really bright and renders very good colors. It doesn’t have the color depth you see on AMOLED panels, but that’s not a problem. I also don’t think the lack of a 90Hz or 120Hz refresh rate detracted from my experience in any way. However, the next Redmi Note series is expected to have a high refresh display, as more apps allow support for a display of at least 90Hz. Verdict: should you buy