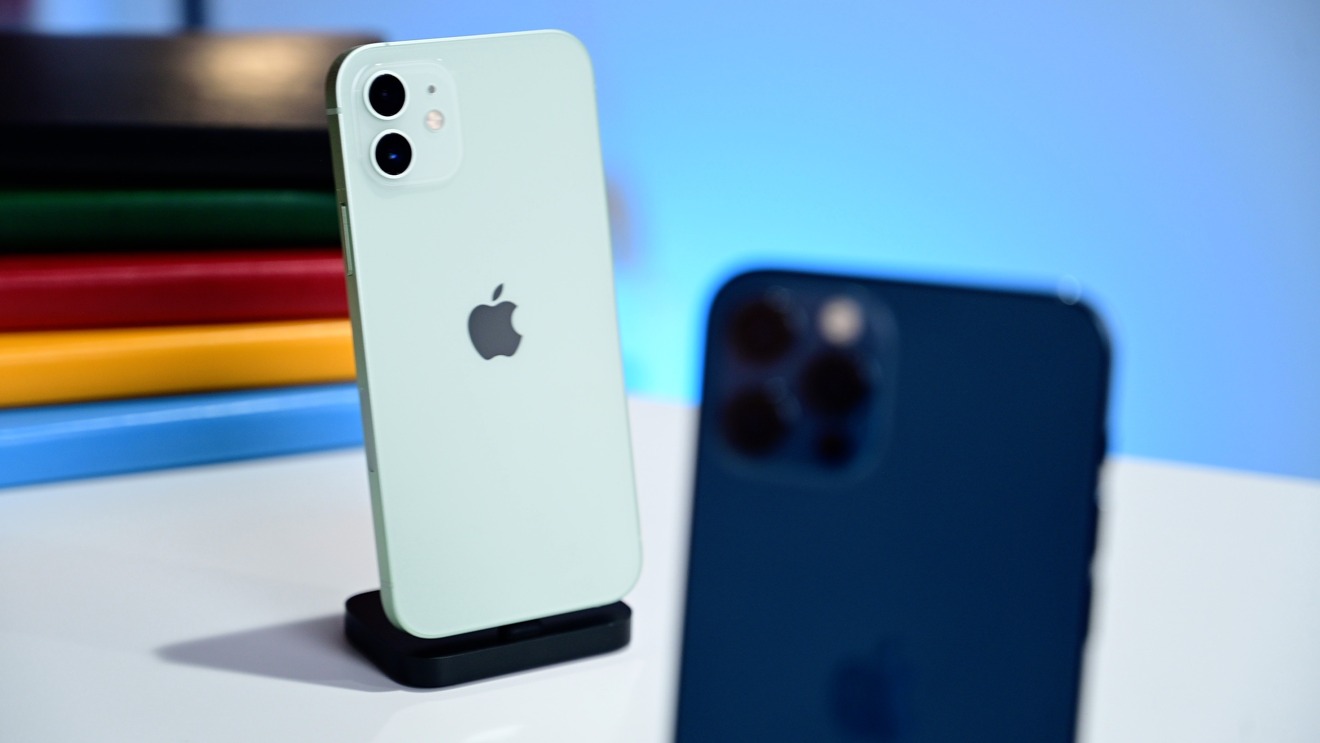 The Camera app on iPhone 12 and iPhone 12 Pro has been updated to take advantage of Apple’s latest features such as night mode portraits and Dolby Vision HDR recording. Here’s how to get the most out of what the Camera app has to offer.

The cameras and the Camera app in the iPhone 12 line are packed with features, most of which Apple doesn’t tell you about. To keep it simple and to make the camera “just work”, Apple’s focus is on making the most commonly used features the first you find.

Beyond them, however, there are multiple features and multiple ways to use them. Each is designed to make taking photos more convenient, powerful, and much faster.

This speed trick, for example, is widely used by many, but some may not be familiar with this handy trick yet. Apple allows users to use the volume up and volume down buttons as physical triggers in the Camera app. Whenever the Camera app is open, click one of the buttons and you’ll trigger the shutter and take a photo.

Also, if you hold down one of the two buttons, it will start recording video. As long as you hold down the button, the video will be saved.

Hold the volume but to quickly start capturing video

This ability to hold the volume button down to capture a video is a modification of what Apple calls QuickTake. Overall, QuickTake is a quick way to capture a single photo, video, or group of photos in a burst.

From the Camera app, press the white shutter button once to take a photo. Press and hold the button, however, and now you start recording video without having to stop what you’re doing and switch to video mode.

When you do this, that middle button will turn from white to red. As soon as you release the shutter button, the video will stop recording.

This is great for very fast videos, but it’s inconvenient when shooting long scenes. If you want to keep recording a video and don’t want to keep the shutter button pressed with your finger the entire time, you can instead hold it and then drag to the right. This locks it in video mode and you can remove your finger from the glass.

Alternatively, if you press and immediately swipe to the left, it will start taking photos in burst mode until you release.

You have to get used to the way you start these two different features. Nonetheless, they present a much faster method of taking these photos without having to switch to each of the modes first.

What’s very handy is that if you take a 16: 9 photo and later decide you don’t want the widescreen format, you can crop it to 4: 3 from the Photos app and that without loss of quality.

Simply tap the 1X icon to quickly switch from 1X to 0.5X and vice versa. You can also hold and drag your finger left and right to bring up a wheel with more granular zoom levels.

Instead of a single zoom level indicator, the camera app shows .5X, 1X, and 2X options – and choosing one toggles the iPhone between all three cameras. You can also slide between these to switch between 0.5X and 10X digital zoom.

When you’re done adjusting the scope, slide the dial down to hide it and return to the quick toggles.

For the iPhone 12, there isn’t much really new here. However, photos can now be taken in portrait mode with varying degrees of bokeh in the background.

In comparison, however, there is one big new feature for the iPhone 12 Pro and iPhone 12 Pro Max. Portrait mode photos can now be taken in low light, in part thanks to this LiDAR scanner. LiDAR allows the camera to focus quickly in almost no light.

Speaking of night mode, it’s now enabled on all objectives. You can use the night mode on the selfie camera as well as the ultra-wide, wide and TV cameras.

Night mode activates automatically whenever the light is good, but you can also turn it on or off manually. You will see it in the toolbar, at which point we have accessed the aspect ratio above. It will usually choose the right shutter speed for you, but you can also adjust the slider just above the shutter faster or slower. These numbers will change depending on the amount of movement of your phone.

If you place the phone on a tripod, the night mode will work with a shutter speed of up to 30 seconds for great photos in low light.

New this year for the iPhone 12 and iPhone 12 Pro is the ability to capture time lapses in night mode. These will also be activated automatically whenever the light is low and you start capturing a time frame.

For videographers, the ability to now shoot in Dolby Vision HDR is a huge deal. It is the first mobile phone that can shoot, edit and share Dolby Vision content.

Although this is a massive high end feature, it is very easy to use. You just have to activate it in the settings.

HDR content will be automatically converted upon sharing based on where and how it is shared to ensure compatibility.

Apple launched its Smart HDR 3 update with these new phones and part of that is a new scene recognition mode that helps certain photos depending on what’s in the image. For example, it can better expose a portrait, or adjust color and contrast on a food photo, or increase saturation on a landscape photo.

HDR will still be used no matter what, but you can turn off scene recognition in the camera settings if you prefer.

Then Deep Fusion is the magic of computer photography from Apple and previously only worked on the wide lens. Now it also works on ultra-wide and selfie cameras. All shots with these will automatically be better without any user interaction.

Apple ProRAW is a new imaging format that will arrive on iPhone 12 Pro and iPhone 12 Pro Max in the coming months via a software update. It combines the advantages of shooting in RAW, such as additional detail in highlights and shadows, with the advantages of Apple’s computer photography features such as Smart HDR 3 and Deep Fusion.

Look for Apple ProRAW for iPhone 12 Pro users in the near future.

No matter what type of photography you do, Apple places great importance on the camera app and does its best to ensure that you will always take the best photo possible.

It’s hard to argue with Apple’s logic that a new user would be overwhelmed by the sheer mass of options available to them, especially around the camera.

While a user may prefer that a different set of controls and features be displayed more clearly, Apple has struck a good balance. This is all the more true since while it does not specifically promote some of these additional features, it does not hide them either.

And it also continues to add to them. Whatever model of iPhone 12 you buy, it will be better than the previous one.

If you use the iPhone 12 from, say, an iPhone 7 or 8, your new phone will be considerably better and this is due in large part to the extraordinary improvements Apple has made to photography features over the years.