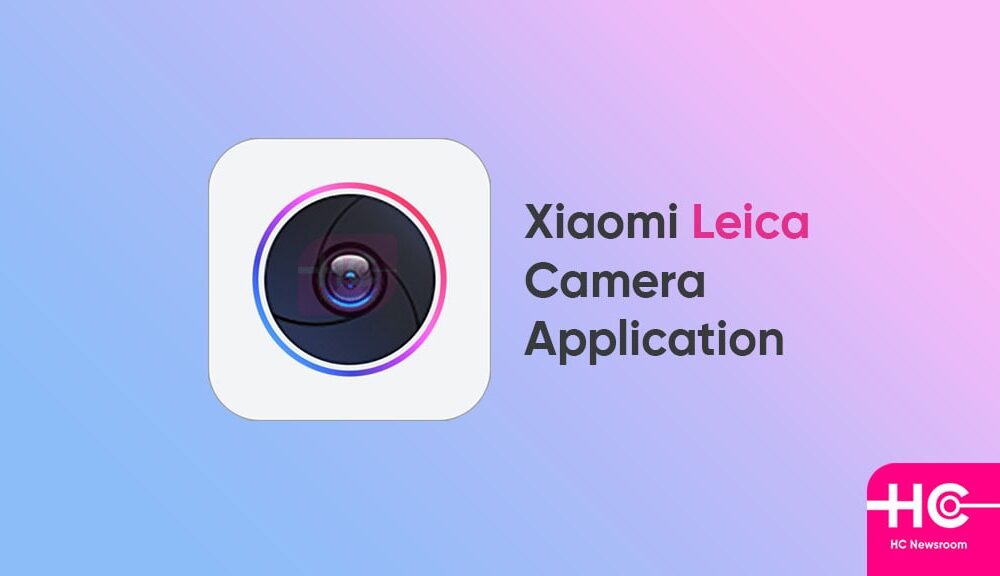 Until now, Xiaomi used a simplistic camera app with its MIUI firmware. However, the recent handshake with Leica has a big impact on Chinese society. Yes! from now on, Xiaomi will use a new camera app, invented by Leica.

In recent months, Xiaomi and Leica have mostly remained in the news. While on the one hand Huawei declared the end of the strategic partnership with Leica and Xiaomi took this opportunity to reconcile with the camera manufacturer. However, on the other hand, Huawei has launched XMAGE, its own mobile camera imaging brand for smartphones.

In the meantime, rumors were circulating on the airwaves that Xiaomi might be using Leica technology for its Mi 12 Ultra flagship models. And now, finally, we are here with the news of Xiaomi unveiling a new Leica camera app.

Compared to the previous design, the brand new Leica camera app features a different watermark. This new logo appears at the bottom of the image instead of staying in the corner. Since adding this logo may become annoying for some users. Therefore, Xiaomi has added an option to disable the watermark.

When it comes to image quality, the new Leica camera app looks a bit like the old camera app. It displays a different accent color that was also available in the previous camera app. Also, the app offers less options on the settings panel unlike the old app which has multiple variants.

You’ll also find new camera toggle icons and fancy Leica filter apps. Although there is less information related to the respective application at the moment. But we will continue to update you with the latest changes to the app.

Users can install the Leica dynamic camera application from the MIUI SYSTEM UPDATES telegram channel. However, we recommend that you install the app at your own risk, as it may break the aim system or may now work on all devices.